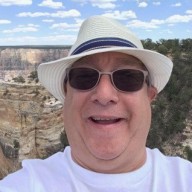 The Wyuka Cemetery in Nebraska City has a Black Angel, the name on the stone is Black and she moves from plot to plot with no marks left. In the time I have been living in the area, she has moved countless times, all over the cemetery. What is the history of this phenomenon and why does she move?

A cursory look at the Google Map of the town shows just how small it is – under 20 blocks, a blip in southwest Nebraska. It’s just eight miles from the seat of Dundy County: Benkelman, population 914.

But Max, the blip it may be, is the closest town to an incident in that occurred 1884.

“About 35 miles northwest of Benkelman, Dundy County, on the 6th of June (1884) a very startling phenomenon occurred. It seems that John W. Ellis and three of his herdsmen and a number of other cowboys were out engaged in a roundup. They were startled by a terrific whirring noise over their heads, and turning their eyes saw a blazing body falling like a shot to Earth. It struck beyond them, being hidden from view by a bank.”

One of the herdsmen, Alf Williamson, was burned as he approached the craft, which had created a split in the ground as it dragged to a stop. He was taken back to Ellis’ home and treated for his burns.

E.W. Rawlins, the brand inspector for the district, came to inspect it.

The Nebraska State Journal reported on the event in 1887, saying:

“One piece that looked like the blade of a propeller screw, of a metal of an appearance like brass, about 16 inches wide, three inches thick and three-and-a-half feet long, was picked up by a spade. It would not weigh more than five pounds, but appeared as strong and compact as any known metal. A fragment of a wheel with a milled rim, apparently having had a diameter of seven or eight feet, was also picked up. It seemed to be of the same material and had the same remarkable lightness.”

The lack of physical evidence means there’s nothing much left today, and John Buder, a field researcher with the Mutual UFO Network of Nebraska, said that the people of Dundy County shy away from talking about the event.

Most of his investigation into it has been research. He first stumbled across the story in a tourist’s guide to Nebraska. From there, he’s found it in multiple books on the subject.

“There has been a lot of studies made on UFO crashes,” Buder said. “The people who I would claim know the most have not identified it as a hoax.”

It was the second UFO crash Buder knows of, and the first to be recorded in newspapers of the time. The story started a worldwide wave of similar stories – some more reputable than others.

One such case is the 1897 crash near Aurora, Texas, where four alien bodies are supposedly buried in a graveyard. Eyder Peralta, a reporter for the Houston Chronicle, investigated that crash and turned up nothing.

But the Nebraska crash is the first reported. It was only after the incident near Max that it became a sort of mythology.

“That means that all these other hoax crashes that started seem to have gotten their start at Max, Nebraska,” Buder said.

It’s a piece of Nebraska history only occasionally touched on, Roswell before there was a Roswell to speak of.

“I’d say right now there’s only a few dozen people in Nebraska who even know about it,” Buder said.

But how does a craft just disappear, just dissolve in a crash? What about the “cogs” that the craft threw off as it approached the ground? Did those, too, simply disappear?

It’s a legend taken more seriously than most of the era in ufology circles, which is not to say there aren’t skeptics.

Alan Boye wrote in his recent book, “The Complete Roadside Guide to Nebraska,” that “there are, of course, many people who do not believe the story, and others who claim it is yet another UFO story neglected and laughed at by skeptics.”

Skeptical or not, Buder asserts that it was the beginning of the wave of stories, ground zero for what would turn into airship sightings as time went on.

He sees the building of the railroad coinciding with the sightings of the era. In fact, the crafts were often described as “railroad engines without wheels” at the time.

“It’s ironic that this same story, this being the first, was repeated many more times worldwide at later dates,” Buder said.

And as for the remnants, Buder thinks there might be some things tucked away in the Republican River valley.

“I wouldn’t doubt that out there in one of those tool sheds or barns out there, there’s a piece of metal that no one knows where it came from,” he said.

From Andreas’ History of the State of Nebraska

1
by Webmaster in Nebraska City What is the purpose of this pipe structure? It is on  the North East Corner of 10th street and 1st Corso. It is  mystery to me!

A Mystery of Wyuka Cemetery

In Wyuka Cemetery, Nebraska City is a burial plot that contains not less than 27 members of the Livingston family. It includes the last resting place of one of the city’s famous sons, Daniel Webster Livingston, a member of the House of Representatives in 1927.

Strange to say, five members of Livingstone family have their date of burial on the same day, month and Year! Clearly, there has to be a logical reason for this, and I would think that probably, the building plot was re-opened so as to bury the remains of a family member from elsewhere with members of his family.

Mystery of the burning car.

0
by Webmaster in Nebraska City

The first Mystery has been solved.
We now know why Nebraska City has a 9 1/2 Street!

Next, why is there a street sign at 16th street and 6th Avenue? There is no street crossing. There is a large tree to the west and a steep hill and house to the east.